Founded in 1845 by Secretary of the Navy George Bancroft, the United States Naval Academy started as the Naval School on 10 acres of old Fort Severn in Annapolis. Since then, the history of the Naval Academy has reflected the history of the United States. As our country has changed culturally and technologically, so has the Naval Academy. In only a few decades, the Navy has moved from a fleet of sail and steam-powered ships to a high-tech fleet with nuclear-powered submarines and surface ships and supersonic aircraft. The Academy has changed, too, giving midshipmen the up-to-date academic and professional training they need to be effective naval officers in their assignments after graduation. Every day, as the undergraduate college of the naval service, the United States Naval Academy strives to accomplish its mission: “to develop midshipmen morally, mentally and physically and to imbue them with the highest ideals of duty, honor and loyalty in order to graduate leaders who are dedicated to a career of naval service and have potential for future development in mind and character to assume the highest responsibilities of command, citizenship and government.”

Support from the Stamps Scholars Program will assist up to five midshipmen per year with the costs associated with study abroad and experiential leadership opportunities as well as possible undergraduate research internships. 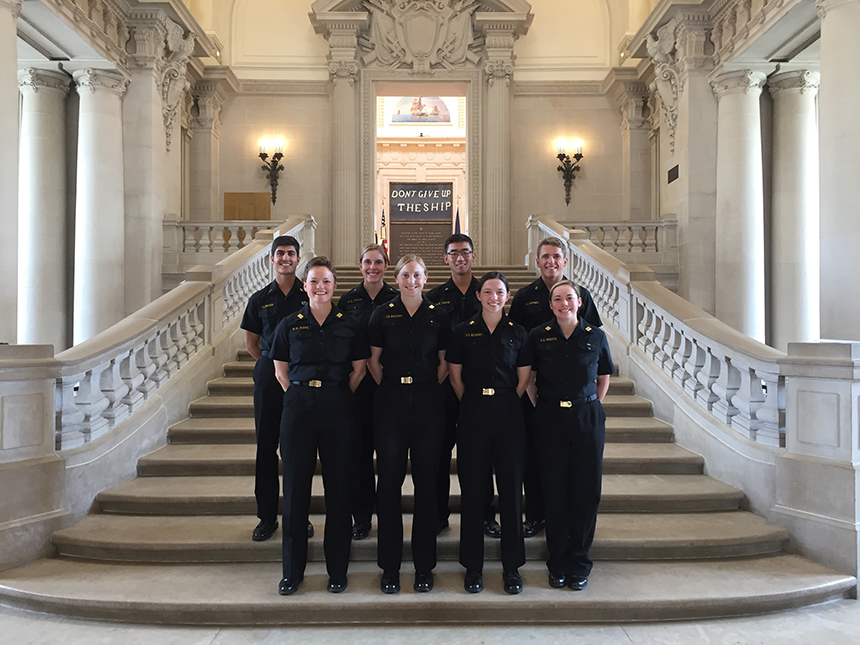