Stamps Scholar Alumni Learn and Educate through Teach for America

At the 2017 Stamps Scholars National Convention, the CEO of one of today’s most prominent and prestigious nonprofit organizations, Teach for America (TFA), shared her journey and goals with scholars from across the nation. Elisa Villanueva’s speech inspired many to explore careers focused on alleviating educational inequity. TFA has its fair share of Stamps alumni as corps members; the group aims to expand academic opportunity by assigning accomplished leaders to teach at underfunded and underprivileged school districts across the United States. From California to Oklahoma, Stamps Scholar alumni throughout the country have pursued the meaningful and important experiences that TFA grants offer. Here are some Stamps Scholars alumni whose work with Teach for America makes an impact on others, and on themselves. 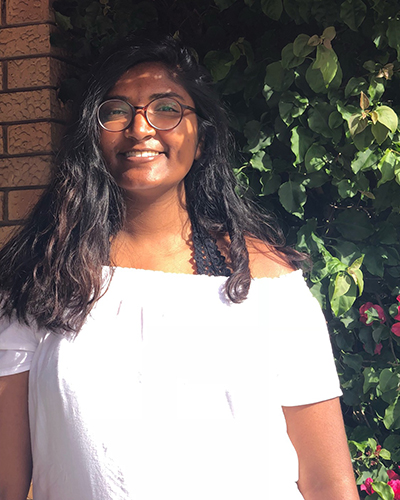 At the University of Illinois at Urbana-Champaign, Anusha Thotakura studied political science and economics. After graduation, she made the move westward to teach math to seventh and eighth graders in San Jose, California, as a corps member for Teach for America. She said, “From attending great public schools to receiving the Stamps Scholarship, access to a high-quality education has been a critical influencing factor in my life. I had some people I looked up to in my life that had been TFA corps members who spoke very positively about their experience.”

Her decision was solidified when she heard Elisa Villanueva Beard speak at the Stamps Scholars National Convention. Thotakura admired Beard’s call to rise against educational inequity and her “One Day” mentality. Beard described TFA in terms that were temporary and visionary, suggesting that there will come a day when the efforts of TFA will pay off and that education will be stable enough to thrive without the organization. With a college background rooted in political advocacy, Thotakura feels equipped to understand the issues many of her students and their families face. Thotakura knows her influence spreads beyond just her 75 students to their families and communities. She said, “I am a small drop in an ocean of advocates who are working to create a better future for the next generation.”

Thotakura said she has learned and developed so much over just a few months with TFA, and describes teaching as the most high-stakes situation she’s ever experienced. TFA helped her defer admission into graduate school. Once her two-year TFA grant is completed, she plans to attend Harvard Kennedy School to earn her master’s in public policy. 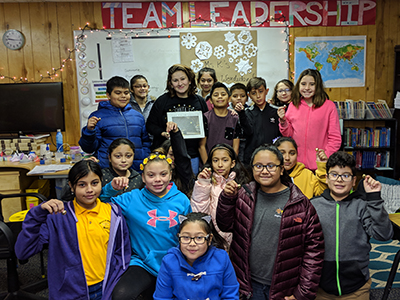 After graduating from the University of Michigan with degrees in history and German studies, Alma Knutson made a years-long dream a reality by joining TFA in Oklahoma City. Since her sophomore year of college, Knutson knew she wanted to be a teacher, but it was simply too late to switch majors without delaying graduation. TFA offered her the perfect way to get a hands-on teaching experience while also helping with the organization’s broader goal of shaping the trajectory of outcomes and opportunities for students She said, “My goal is to become the qualified and excellent teacher that my students deserve and need.”

She currently teaches all subjects to fifth graders, and said she feels surprised by how difficult the experience has been. She said, “Teaching, raising, and giving 25 children the tools they need to not only survive but thrive in a system that is working against them is one of the hardest things I have ever had to do.”

During her time at the University of Michigan, she used her history studies to understand the background of inequity that humans have faced over time. Her German studies and experiences studying abroad in Berlin and Munich taught her about interacting with different cultures, and made her feel better prepared to interact with an entirely Latinx classroom and their families. She said, “From birthday parties to soccer games, I am so lucky to be a part of their community.”

Outside of policy, Knutson believes the most important aspect of education is making sure children can read. She appreciates that TFA offered her an affordable way to gain practical knowledge about teaching and the education system and plans to continue working as a teacher for the foreseeable future.

Savannah Holcomb understands the issues of economic and educational inequity more than most. She said, “In high school, I was aware of the fact that my family did not have the same access to resources and wealth that the people around me did.”

In order to make college a possibility for her, Holcomb had to work incredibly hard to receive impeccable grades and participate in extracurriculars. While she did earn an amazing scholarship, she said her mental health in high school suffered in the process. Since receiving a degree in business administration with a pre-med focus from Georgia Tech, Holcomb now resides in Memphis, where she teaches algebra to eighth graders. Her upbringing inspired her to work with TFA.

“The intelligence and ability of my kids is no different from students in higher income areas,” she said. “They are simply given less resources to use in order to achieve the same level of success.” After her time with TFA is over, Holcomb plans to attend medical school with the goal of creating more balance between socioeconomic status and healthcare. 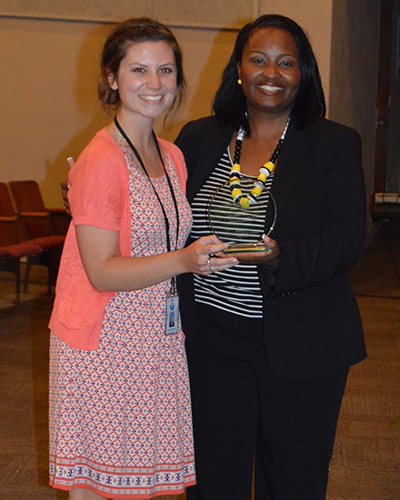 With an accounting degree from the University of Illinois at Urbana-Champaign, Kristen Cantieri put her math skills to work by teaching seventh graders at Palmetto Middle School in rural South Carolina. Growing up, she loved going to school and part of her always wanted to pursue teaching.

“Teach For America drew me in because its platform of education equity spoke to my core values,” she said. “I loved the way (TFA) motivated from the perspective of teaming up with communities and schools to best teach within them.”

Though her time with TFA is now over, she said her experience made her an education advocate for life and that educational equity remains one of her forefront passions. She said teaching was the most difficult thing she’s ever done, but bonding with her students was an absolute joy. She keeps in touch and still thinks of her students as her own kids. She said, “It was that to-the-core, in-the-gut belief that my students deserved my best that day that pushed me to become a better teacher than the day before.”

In addition, she believes that children will rise to the expectations set for them. She said it’s important to ensure our educators have the necessary resources to do their best work and have the competence to put in the support, energy, and positivity to create an impactful learning environment.