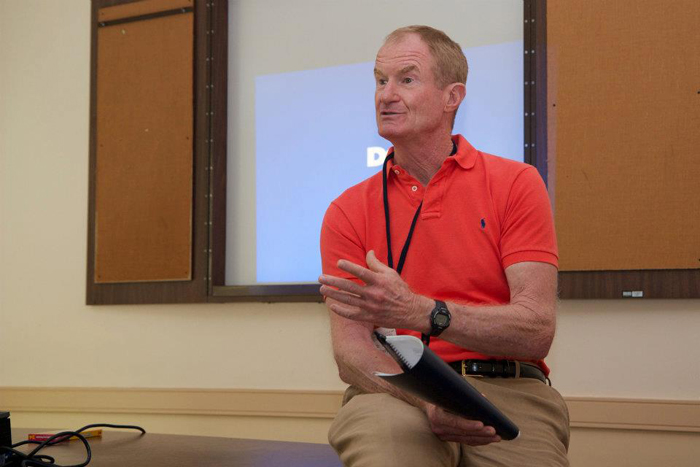 E. Roe Stamps, IV of Coconut Grove, FL, is a private investor and co-founder of the Boston-based private investment company Summit Partners. He is a former Lieutenant in the United States Navy Reserve, an Industrial Engineering graduate of Georgia Tech, and an MBA graduate from Harvard Business School.

Since his relocation to South Florida in 1993, Roe, along with his wife Penny, has devoted significant time and resources to philanthropic causes in the community. Their interest in South Florida is deeply rooted, as they have been long time supporters of the University of Miami, the Grayvik Animal Care Center, Fairchild Tropical Garden, the Make-A-Wish Foundation of Southern Florida, Miami Lighthouse for the Blind, Community Partnership for the Homeless, Ransom Everglades School, Breakthrough Miami and a number of other charities throughout the region.

Through the Strive Foundation, formed by Penny and Roe in 1986, they have shown their deep commitment to education, supporting projects and scholarships at more than 40 universities nationwide. And with its Stamps Scholars initiative, the family Foundation has created innovative scholarship programs currently supporting nearly 1000 students.

In 2010, Roe was honored by the American Red Cross South Florida Region as the Humanitarian of the Year. In 2012, he was honored by Harvard Business School, receiving its most prestigious award, the Alumni Achievement Award.

Roe now dedicates his time to his personal interests, which include fly-fishing, bird hunting, flying, boating, jazz piano and spending time with his family.