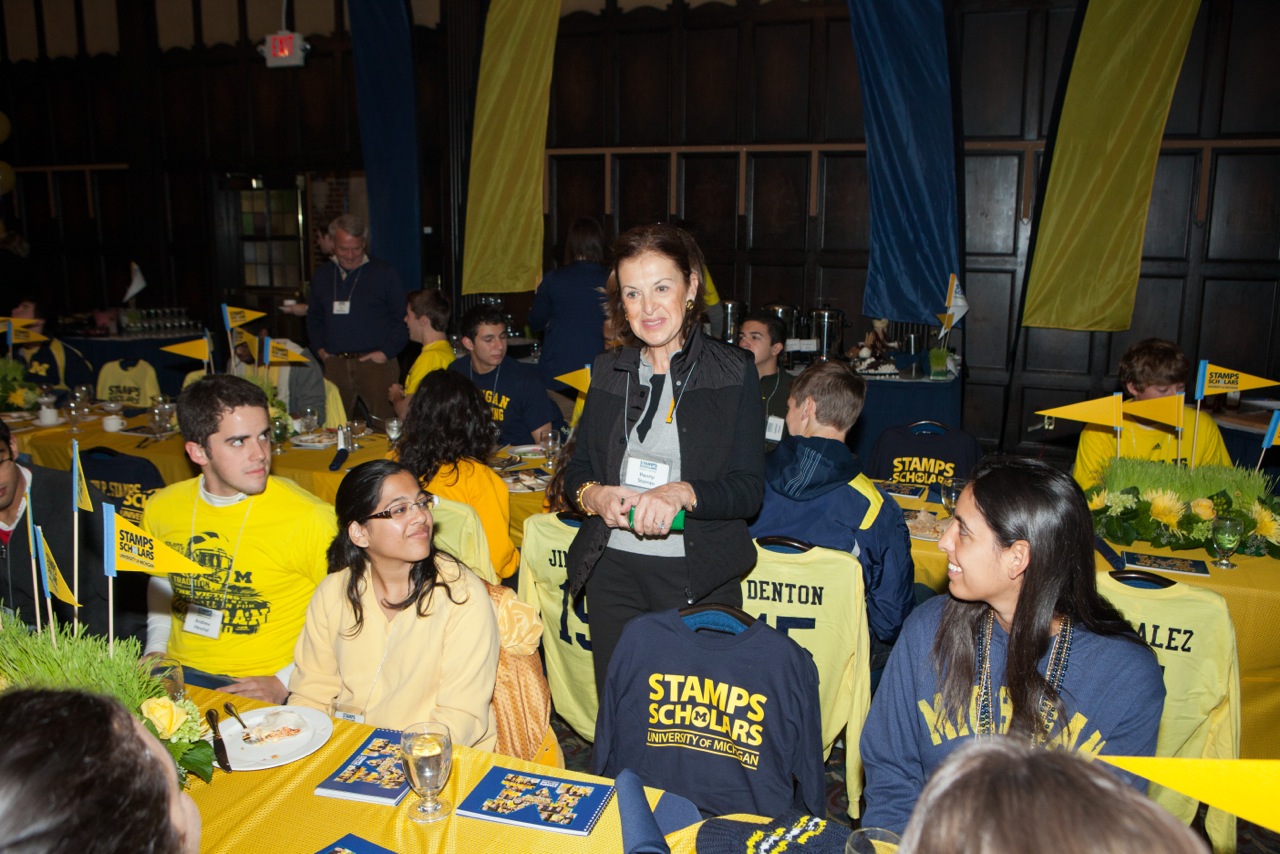 A graduate of the University of Michigan School of Art & Designer and a former teacher and businessowner, Penny’s life was characterized by a deeply-rooted passion for education. In 1986, it seemed almost inevitable that she and Roe would establish the Strive Foundation with the intent of supporting educational initiatives for young student nationwide. As Penny once explained, “Having achieved out personal goals of pursuing careers, raising children, and providing for our family’s future, we made a conscious decision to take out surplus resources and use them for the betterment of our community worldwide.”

In 2000, Penny and Roe began funding merit-based scholarships for the Stamps Georgia Tech President’s Scholars. Six years later, through their vision and generosity, the Stamps Scholars Program was launched at Georgia and the University of Michigan. To date, this innovative program has funded multi-year scholarships for more than 1800 students at 44 colleges and universities nationwide.

In 1999, she worked with the University of Michigan School of Art and Design to launch the Roman J. Witt Visiting Professors Program in honor of her late father. She also established the highly successful Penny W. Stamps Distinguished Visitors Lectures Series. In 2012, the Penny W. Stamps School of Art & Design at the University of Michigan was named for her.

Penny’s philanthropy earned her numerous honors throughout her lifetime, among them being the University of Michigan’s 2005 David B. Hermelin Award for Volunteer Leadership, the 2013 National Philanthropy Lifetime Achievement Award, and in 2015, she was named an Honorary Alumna of Georgia Tech. Also in 2015, the Strive Foundation received the James L. Fisher Award for Distinguished Service to Education from CASE, the Council for Advancement and Support of Education.

Despite her absence, Penny’s legacy lives on every day in the thousands of students whose lives have been shaped by her kindness and philanthropy. As University of Michigan graduate and Stamps Scholar Cody Halquist shared, “Penny showed us how to invest in ourselves, support our friends, and pay it forward to make the world a better place. I am so grateful that Penny believed in me and included me in her extended family of inspiring students across the country. My continued friendships with fellow Stamps Scholars are a testament to her legacy.”